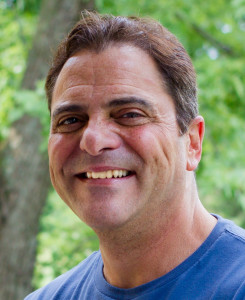 America is faced with a growing moral and public safety crisis.

Nationally more than two-thirds of all formerly incarcerated men are arrested again within three years after being released. The number jumps to more than 76 percent within five years of release.

And while our re-arrest and recidivism rate in Tennessee is slightly better at nearly 50 percent, we are still losing an entire generation of men caught in a cycle that too often includes addiction, violence, repeated crime and arrest.

This revolving door not only means greater risks for our communities and higher costs to taxpayers, but can also be devastating to the victims of crime, as well as inmates and their families.

Fortunately, there is some good news. Rehabilitation and reentry programs – specifically those including education, training, counseling and treatment – have proven highly effective in reducing high recidivism rates. And I’m blessed to be a part of one such organization right here in Middle Tennessee.

Men of Valor is committed to equipping our participants to reenter society as men of integrity – becoming productive members of our community.

Our faith-based organization was formed by Carl Carlson, a former inmate himself, who wanted to do something with his life after an abusive childhood led to a criminal record and a stint in prison.

We believe that turning around a struggling inmate’s life is only possible through character transformation. There is evidence that our approach works. Inmates who complete our program – which begins inside prison and continues for a year after their release – have a recidivism rate of less than 15 percent.

We are not doing this alone. We are doing this with the support and generosity of committed partners like Nashville-based CoreCivic, a national leader in the corrections industry. What makes CoreCivic stand out is its focus on inmate education, rehabilitation and reentry services. It’s an approach that aligns with our mission.

At CoreCivic’s Trousdale Turner facility here in Middle Tennessee, we currently have 40 men enrolled in our Jericho Project program, with another 60 on a waiting list. The Jericho Program emphasizes the participants’ need for restoration with God, family, community and society while providing them with a firm foundation for personal growth and a solid start before they reenter society.

Upon release, our partnership with CoreCivic then extends to an aftercare and re-entry program, in which the former inmates start a year-long program aimed at gaining the support, skills and accountability needed for them to live independently and succeed in their communities and families.

CoreCivic’s commitment to education, rehabilitation and supportive reentry isn’t limited to their work with Men of Valor. Across their facilities, they’ve enrolled more than 3,400 men in various faith-based programs over the last two years with a 95 percent completion rate.

And in 2016, CoreCivic helped over 6,000 inmates earn a high school equivalency degree or industry-recognized career and technical certificate to give them greater hope, opportunity and employment in the future.

If America is going to solve the challenges of repeat criminal offenders and high recidivism rates, it is going to take all of us working together. And we are going to need more government partners like the Tennessee Department of Corrections, private sector leaders like CoreCivic, and nonprofit and faith-based organizations like Men of Valor all stepping up to play a part.

America can no longer turn a blind eye to the revolving door of our prison system. The lives of a generation are at stake, and our public safety depends upon it. Please join us as we tackle this moral and public safety crisis together.

Raul Lopez serves as the executive director of Men of Valor, a local prison ministry operating in the Nashville metro area.

Originally published by The Tennessean: http://www.tennessean.com/story/opinion/2017/10/28/tackling-tennessees-recidivism-rate/106500666/